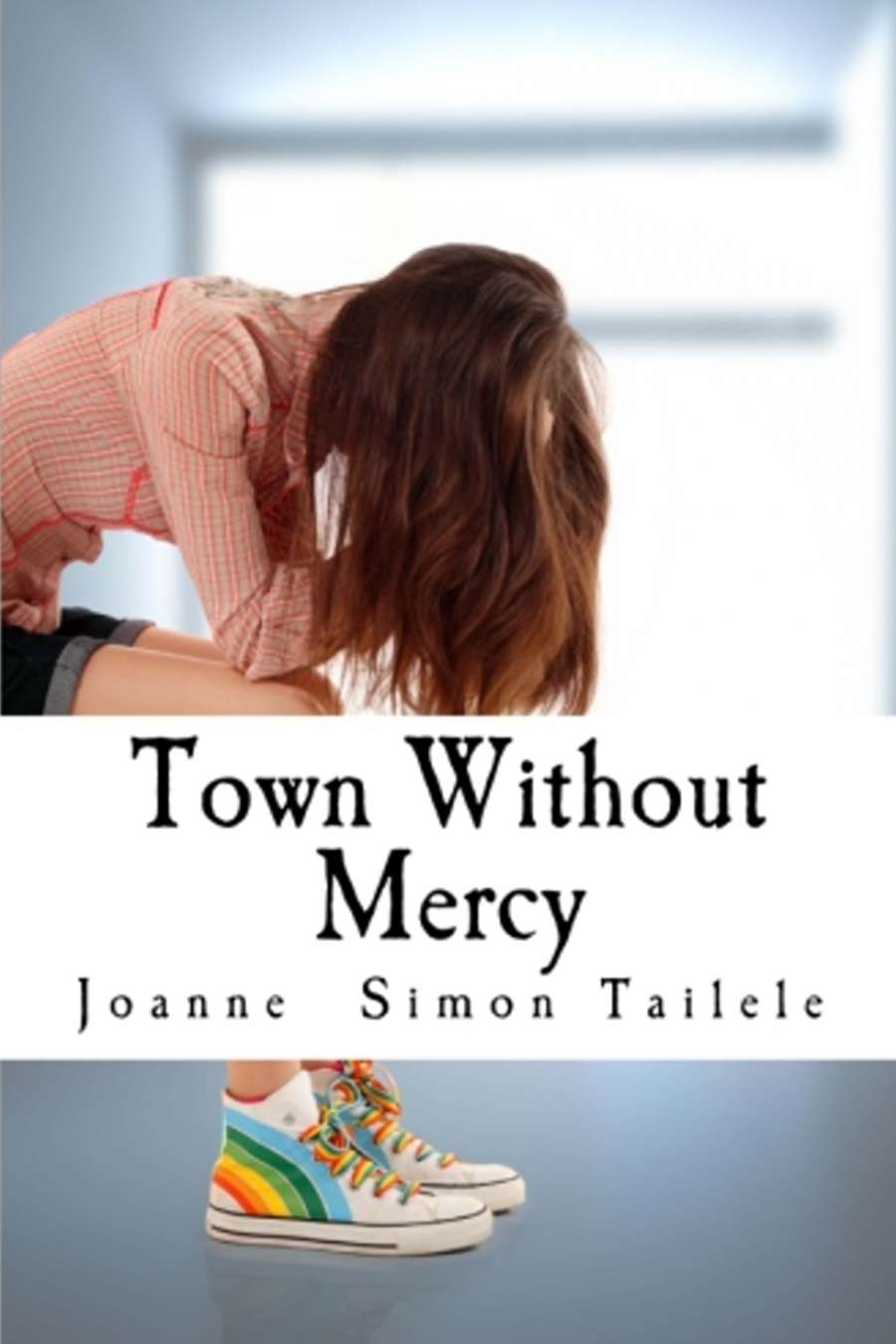 Book2Look for Town Without Mercy

Was it nature or nuture that turned sixteen-year-old Mercedes Warren into a mass murderer? Told through the eyes of her mother, TV new correspondent, Adele Baxter-Warren must find the answer, even if it takes her away from Mercedes' death bed and threatens her seventeen year old same-sex marriage to Jodi Warren. The quiet town of Concord Park wants revenge. They blame Jodi and Adele's lifestyle as the cause of their daughter's actions. But are they innocent of all blame?

"We interrupt this program to bring you a special report."

The announcement jerked me from my slumber the minute the staged laughter from the sitcom ended. Wiping the sleep from my eyes, I tried to focus on the screen. Melanie Myers, my co-worker from WJLA-7, professionally coiffed with a deep, grave voice stared back at me through the flat screen.

"At 10:15 PM, in a small bedroom community outside of Chevy Chase, Maryland, an unidentified shooter opened fire into the crowd at the 4th of July fireworks celebration at Concord Park Memorial Fairgrounds."

I screamed for Jodi. "Mercedes is at the fireworks. Oh God!"

Jodi appeared in the doorway from the kitchen, barefoot, with a dishtowel flung over her shoulder. "Adele, what is it?"

It had been a long time since Jodi and I had any alone time. This was the first weekend in four months that I had not been away on assignment as a TV news correspondent with WJLA-7. Lately, Jodi had been doing the job of two parents —plus her own career as head chef at Clive's Restaurant, in the Adams Morgan district of D.C.

"The park— there has been a shooting at the park."

Melanie continued on the screen. "We are trying to obtain all the facts. From what we can understand, an unidentified shooter opened fire into the crowd as the fireworks commenced. Many people where unaware when they mistook the gunshots for fireworks. It is undetermined at this time how many shots were fired and the extent of the injuries or fatalities. The suspect was shot and apprehended by a local police officer."

My foggy brain instantly cleared. I sat up straight and untangled the afghan twisted around my feet.

Behind me I heard a gasp. I turned to see Jodi, hands pressed tightly over her mouth, staring at the screen. We were holding our breath as we watched live footage of people streaming out of the park. I strained to find Mercedes safely leaving the grounds among the crowd.

"Mon Dieu! What if she's shot?" Jodi shrieked as she slid down the wall to the floor.

The sound of screaming sirens startled me from my trance. The room was suddenly ablaze with red flashing lights appearing through the window of our sixth-floor condo. In my heart I knew the sirens and lights were about Mercedes.

This book raises many ‘what if’ questions. What if the next mass shooter was a young girl? What if her parents are a lesbian couple? What if the town she lives in is unwilling to forgive? Town Without Mercy tackles all those issues. The book was written in the wake of the Sandy Hook shooting in which 20 kindergarten children were massacred. I’m sure when Ms. Tailele wrote this book in 2013 that she believed things were going to change after the devastating death of all those children. Well now the audio of that book is available and, big surprise, six years later and nothing has changed.

I’m not American. I don’t understand the obsession with weapons of war being possessed by every day people. Each time I hear of another shooting, my heart breaks. I live in Canada and although we have gun deaths and suicides, they don’t come close to the level of violence in the States. I look at New Zealand and how it took one mass shooting to ban the assault-style weapons. Too late to save the victims, but a way to honor them and to try to make sure it never happens again.

As the reader/listener would likely suspect from the title, A Town Without Mercy is not a light-hearted, happily-ever-after story. It is a realistic, heartwrenching tale of a family in crisis and a community that refuses to accept anyone with an unconventional lifestyle. Told from the unique perspective of the shooter's family, the story pulls you in from the beginning and holds you there until the end. Many twists and turns throughout keep tension and suspense in the forefront. Richly woven characters and a setting that could be any small, rural town in the country ensure readers/listeners will be able to empathize with the protagonists and this sad but noteworthy tale. Highly recommend.

The author successfully locked me into Town Without Mercy in just a few pages. Except for a brief dinner break, I read the book in one sitting. This is something I rarely do. Only a very talented writer in command of her dialogue, character development, and plot skills could take an unspeakable, tragic, human event and create such an intense reader experience. The author explores the emotional complexities experienced by the characters who view this tragic, mass shooting event through their own prisms. Each shares with the reader their concerns as to whether they may have contributed to this event. The author provides the reader an additional lens with which to view some of the tragic events that unfold on a daily basis in our complex and violent world. Brava.